Remember that if you go 30 miles per hour over the speed limit on a San Diego County freeway while driving DUI, California Vehicle Code Section 23582 [ Excessive Speed enhancement ] requires 60 consecutive days in jail by law.

(b) If the court grants probation or suspends the execution of sentence, it shall require as a condition of probation or suspension that the defendant serve 60 days in the county jail, in addition and consecutive to any other sentence prescribed by this chapter. 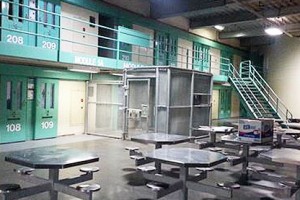 If you are .15% or more BAC at the time of a San Diego County breath test, California Vehicle Code Section 23578 [.15% BAC or more enhancement] carries additional terms and increased penalties.

My client was a good, young man and deserved neither. So drunk driving criminal defense lawyer Rick Mueller fought the San Diego DUI attorney prosecutor’s office until they agreed to drop both of the above enhancements even though the client was over .15% and driving in excess of 95 mph in a 65 mph zone.

Client allegedly had displayed signs of bloodshot eyes, reeked of beer, had difficulty standing & walking and could not speak without slurring words.

The client’s eyes allegedly displayed a noticeable amount of lack of pursuit and swayed from left to right during the horizontal gaze nystagmus test. The client could not raise his foot for a count of 30 and instead lost his balance while putting his right food down two times at 1011 and 1015, counting slow and methodically from 1001 to 1030. The client was told to estimate 30 seconds in his head but instead went over the time while wobbling with a rapid eyelid movement. The client failed to start or complete the walk and turn test of taking 9 steps heel to toe, missing contact from heel to toe on steps 2 and 7 while loudly stating 1 Mississippi, 2 Mississippi, etc. and failing to follow instructions.

This San Diego DUI case looked like a dead loser, with a a nice guy heading to county jail.

On the positive side, the client was cooperative and polite.

Not only did San Diego DUI Lawyer Rick Mueller prevail in avoid 60 days in San Diego County jail and other enhancements, he avoided the Ignition Interlock Device typically ordered in this court when one’s blood alcohol concentration level is .15% or more and he avoided 5 days of Trash Detail, so he does not have to wear an ugly orange vest picking up garbage on the side of the freeway eight hours a day for five days.

Thousands of dollars were saved by the client. Jail won’t be served in this instance. No community service has to be done. The client is elated by this favorable outcome. San Diego DUI attorney is equally happy.