Dropped DUI Charges for Member of US Navy

Dropped DUI Charges for Member of US Navy 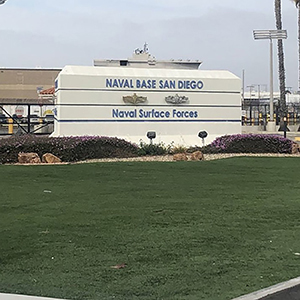 An alleged DUI driver had been drinking whiskey and eating bar snacks at a bar.  He returned to base as a member of the US Navy on the USS Essex.  He drove back to his naval base when he rolled a stop sign in the 32nd street base.

The accused DUI military driver was cooperative with the officer and did all satisfactorily tests as instructed.  He blew into the hand-held breath test, and the officer did not tell or show any number that was listed.  There was no chemical test taken also, but the officer arrested him anyway due to belief of alcohol-related driving.  It took two hours for the San Diego military police officer to tell the accused driver that he blew a 0.11% BAC.  The officer cited the alleged DUI driver with a violation for “CVC 23152a – DUI,” a violation for “CVC 23152b – DUI .08 or higher,” and a failure to stop at a stop sign.

While the accused driver could have easily been convicted of these citations, all three were dismissed.  There were to be no DUI charges or a failure to stop at a stop sign.  Along with these dismissals include: No jail, no record, no high DUI fine, no court-ordered license suspension, no 3-9 mo. Alcohol program, no trash detail or public work service program, no vehicle impound, no community service or volunteer work, no ignition interlock device, no MADD victim impact panel, and no order that the person may not drive with a measurable amount of alcohol in his system.