Safer to use Uber or Lyft or risk a San Diego DUI? 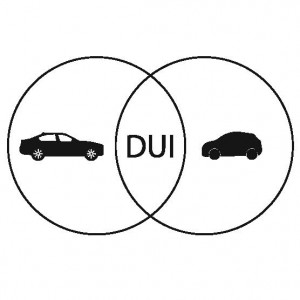 If you’re faced with the choice of risking a San Diego DUI or taking Uber, it’s a no-brainer – take Uber, say lawyers.  Nobody wants the $15,000 San Diego DUI Holiday Mistake, San Diego DUI attorneys emphasize.  It’s not just money we are talking about; it’s your driver’s license, your job, your freedom and your time.

Make sure the Uber driver is sober. A San Diego Uber driver was arrested for DUI after hitting a party bus and running a red light.

Uber drivers have also been known to drive their passengers while drunk.

Make sure the Uber driver is not involved in criminal activity. 4 people with reputed LA gang ties were held in fatality involving car with “Uber” decal.

A San Diego County Uber driver was arrested and charged with the rape of an intoxicated person.

What about Lyft? If you’re a female, you need to know about some of the news stories and wonder about the quality of background check.  In San Diego, one woman reportedly used Lyft after drinking rather than driving and risk a San Diego DUI.  She allegedly had her waist and backside rubbed while the driver suggested she give him some love after she vomited and he wanted a $200 cleaning fee or “some love.”

Another woman too a Lyft ride near USC.   When she got out, the driver allegedly grabbed her backside.  She used an app called “LiveSave” – which makes direct contact with safety officials – to contact campus police.  He was arrested for sexual assault.  That driver also did some work for Uber.   Ouch.

Reports are growing.  Police are making arrests.  So, what’s it going to be – risk sexual or even possibly a worse attack or risk a San Diego DUI?  Maybe taxis are not so bad after all.  Read on.

“Uber’s process for onboarding drivers is dangerously negligent. Neither Uber nor Lyft uses fingerprints or law enforcement to background-check their drivers. Uber fights fingerprints. And Uber doesn’t even bother to meet with drivers in person before allowing them to ferry passengers.

The result is a series of incidents involving “ridesharing” passengers being harmed and criminal offenders behind the wheel:

Deaths from Uber and Lyft Accidents

Woman Dies After Being Run Over by the Rear Wheel of an Uber Vehicle in Columbus, OH  (8/28/15)

Woman Allegedly Punched in the Face and Racially Abused by her Uber Driver in Addiscombe, South London, UK (11/30/15)

Denver Uber Driver Allegedly Drove Woman to Airport, then Went Back to Rob Her Home (4/1/15)

Writer and Activist Reports Being Choked in DC; Uber Denies the Event and Responsibility (9/16/13)

Uber Driver Linked by DNA Evidence, Witness Accounts to Five Other Sexual Assaults in Boston between 2006 and 2010(7/14/15)

Uber Driver in Chicago Allegedly Exposes Himself to a Female Passenger, Uber Admits He Should Have Failed Background Check (6/26/15)

Felons Behind the Wheel

Boston Man Arrested for Allegedly Dragging Two Police Officers with his SUV had a Long History of Driving Offenses; Drove for Uber in Month Preceding Arrest (11/10/15)

Uber Driver Stopped in Chapel Hill has Three Warrants in North Carolina, including Assault with a Deadly Weapon (10/14/15)

Uber and MADD want to claim Uber is responsible for a national drop in DUI arrests. There may be a lot of factors, but maybe so.

If you pay attention to the pronouncements of people like Chris Sacca, the billionaire Uber investor, you might think the reduction is incontrovertible. In reality, though, it’s hard to know just what the real effect of Uber on DUI driving has been because, for all the company’s claims on the matter, the available information remains scant. There exists data to support the contention that Uber has reduced DUI where studies were conducted:

A Temple University study showed a reduction in drinking and driving deaths of between 3.6 and 5.6 percent on weekdays between 2009 to 2014 in California cities that allowed UberX to operate. No impact was found on weekends.

In a 2014 post, Uber reported a 10 percent decrease in DUI arrests in Seattle following the company’s entry into the market.

Based on a report Uber co-authored with Mothers Against Drunk Driving, the company asserted it was responsible for preventing as many as 1,800 drunk driving crashes in California over a roughly three year period starting in 2012.

The choice of getting a San Diego DUI vs. being sexually approached by a ride service driver makes life unnecessarily difficult.